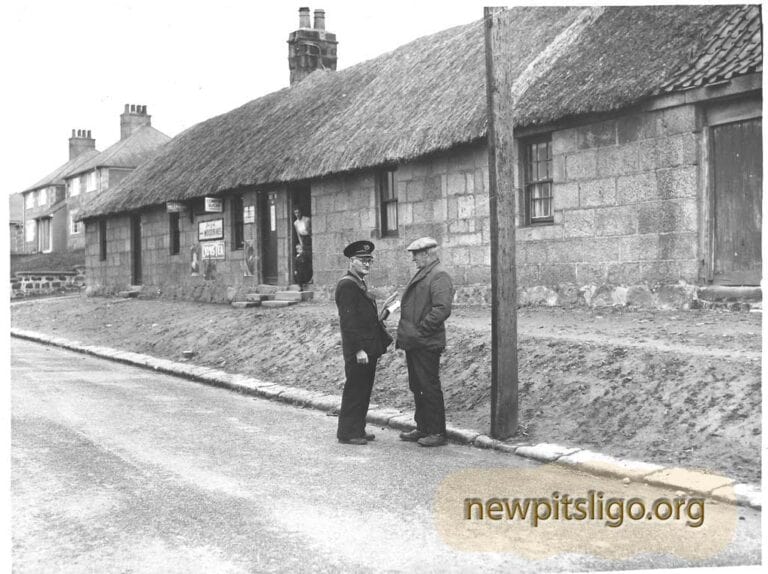 Born in the Aberdeenshire village of New Pitsligo, known in Doric as “Cyaak“, in 1959, George lived with his family consisting of Mam and Dad, two brothers, Sandy and Kenny, and his younger sister, Gillian. He attended the local Primary school, New Pitsligo & St John’s, before moving to Fraserburgh Academy on passing his 11 Plus. The journey to Fraserburgh entailed a 24 mile round bus trip on a daily basis.

My mam, Olive, was a “Mackem“, from Sunderland in the north east of England. She had met and married my dad during his national service in the RAF. Despite the normal length of service for conscripts being two years, my dad had been posted to Singapore and quickly decided he liked it there, so he extended for a further three years, completing a total of five years colour service. On his return from the Far East he spent time between RAF Dishforth and RAF Topcliffe in Yorkshire; my mam was working for the NAAFI in Dishforth when they met.

My dad, Sandy was known as “Buttons”. His mum had died when giving birth, at which point he had been put up for adoption; his father took the older siblings and moved to the north west of England. My dad was taken in by Cook and Lizzie Pirie in New Pitsligo, which is where he grew up. They were my grandparents, with whom we lived for a short period. My dad died aged 45 in 1977.

My mam, Olive moved to the Highlands with my dad in the early 1950’s where they brought us up. Despite being a Mackem, my mam developed a strong Doric accent over the years, and after she had returned to Sunderland some years after my dad died, she was referred to as the Scottish lady. We brought her “home” after her death in 2002, and she is buried alongside her husband in the local kirk.

My Grandfather, Cook Pirie, had a large back garden where he kept all sorts of animals, including chickens, rabbits, pigs, and occasionally the odd horse or donkey. He grew his own vegetables which, like most other villagers, he used for bartering purposes. Willie and Ruby Wallace’s shop (next door) was a like a kids wonderland where I could buy a bag of sweeties for 3d (or 1.5p) back in the day!

My  Dad was my hero.

My Grandad, Cook Pirie – second from the left

My rush to join the ranks of the employed definitely clouded my judgement, and by the age of fifteen all I wanted was to be earning. The truth is, I wasted my educational opportunities and what talent I did have, but that was entirely my choice and at that stage of my life I genuinely believed it was the right move for me. I believed wholeheartedly that hard work, commitment, and a positive attitude towards anything I did would facilitate my progress and allow me to grow professionally. Little did I realise that life is very different and that effort alone is seldom, if ever, enough.

Initially, I really enjoyed being out of the classroom environment, having money in my pocket, and didn’t even mind my fingertips being rubbed raw by handling breeze blocks all day. My gaffer, Geordie Reid, was a really outstanding tradesman; I used to look on in amazement as he ran the cats-head hammer around a block, tapped it gently, and it split apart like it was a slab of butter. He would show me, let me try and then walk away laughing as the mound of cement dust particles blocked me from view. I didn’t mind this tough love thing, it just made me more determined to have mastered the technique by the time he returned, which I usually did.

Life on a building site is hard, but when the sun is shining, it’s a great place to be; sadly, as most people are aware, that doesn’t last too long in the north east of Scotland. The winter months were murder, rain, sleet, and snow on a never ending cycle. This was painful, but you do get used to it. The bit that made me re-assess my career choice was the point at which I was continually being left to my own devices whilst the others were moved to another site, as the business needed to clear a work backlog. In some ways, it was a compliment, but as a first year apprentice, building without the supervision required drove me to distraction. It wasn’t because I didn’t think it was right that I should be mixing cement, erecting scaffolding, lugging breeze blocks, and then building unsupervised, well not that alone, but because I didn’t want to be responsible for a barn collapsing on somebody’s head in the future. I spoke to my gaffer about my concerns and it seems he wasn’t at all happy with the situation, but the company wouldn’t allow him to make a change.

The next day was a typical Aberdeenshire April “shower” with freezing rain hammering down as I went about my business. “Wait a minute” I thought, this is dead time for me; I’m not learning anything, potentially building a death trap that may fall on top of people, and despite having made representation on my frustration, the company felt it was acceptable to pursue this practice. I might have wasted my education, but wasting my life, living with no ambition, and accepting this lack of care just wasn’t right. So, I headed down the ladder and made for the company office. “This is nonsense” I said to the manager, reciting my concerns, but it was clear he had no interest in listening to my worries, or taking my points seriously. “Oh you’ll get used to our ways” he said with a wry smile on his face. “I don’t think I want to” I said, before telling him I resigned; he probably hadn’t heard such a thing from an apprentice before, as he turned to me and said “OK, enjoy the walk home”, which was twelve miles away (in the rain…).

The Rest Is Military History

I did quite enjoy my walk home, it as it happens, and by the time I got home my mind was made up; and it was to be the best decision of my life!

I joined the R Signals 3 months later – September 1975. The rest, as they say, is history and is covered in my memoir “Untapped Potential”. 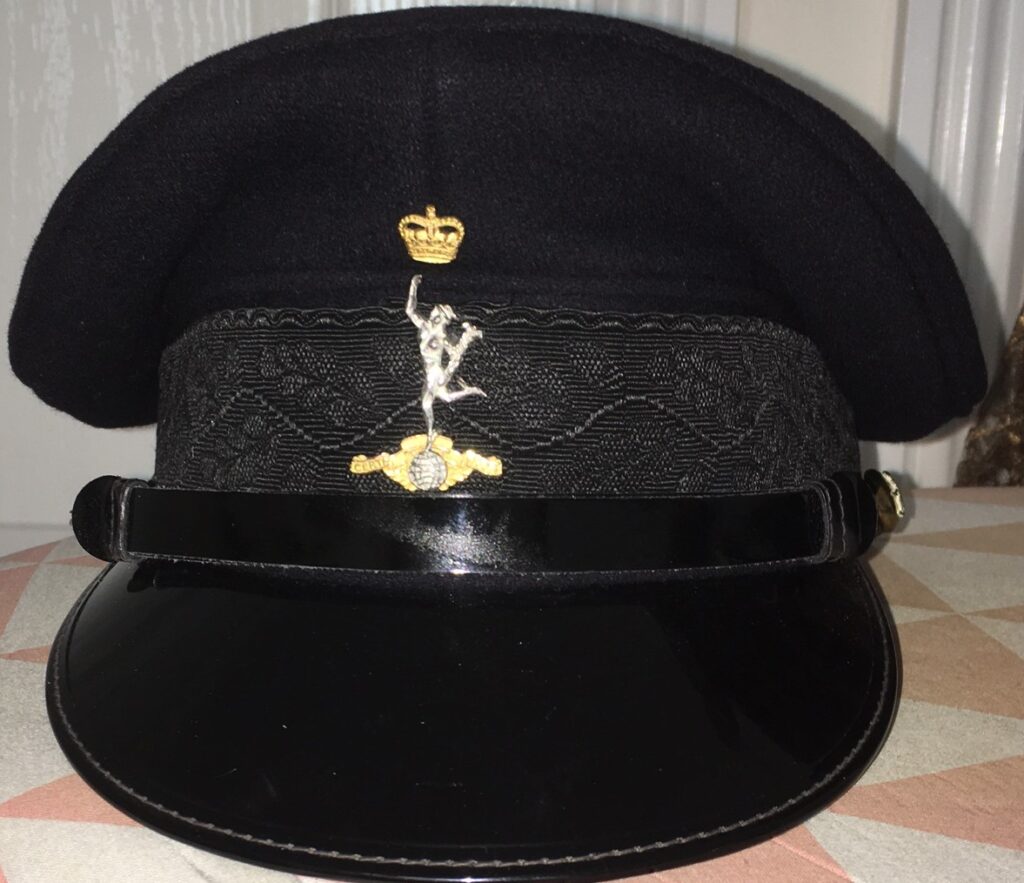 Born in Scotland, Found in the R Signals – Untapped Potential”

Is an honest account of my service, written against a backdrop of the times.

Born in Scotland, Found in the R Signals – Untapped Potential”

Is an honest account of my service, written against a backdrop of the times.